Alert Me of New Listings Click to get updates on new listings, price changes, status changes and more!

Home to some of Boston’s most prestigious addresses, Beacon Hill is nothing short of spectacular.  The neighborhood consists of quaint, gas-lit streets adorned with cobblestones as well as beautiful brick row houses connected by historic brick sidewalks.

Take a stroll down Charles Street and enjoy some of Boston’s finest restaurants and antique shopping.   As one of Boston’s oldest neighborhoods, Beacon Hill is filled with history: it actually owes its name to a beacon which once stood atop the hill to warn residents of foreign invasion.

Construction of homes began in earnest at the turn of the century and included freestanding mansions, symmetrical pairs of houses and row houses.  Between 1803 and 1805, the first row houses were built for Stephen Higginson.

Beacon Hill is home to the Massachusetts State House, which is located at the corner of Beacon and Bowdoin Streets, overlooking the Boston Common, and has been the home of many notable Americans, including Louisa May Alcott, Oliver Wendell Homes, Daniel Webster, Robert Frost, Sylvia Plath, and Senator John Kerry, who still keeps a home in Louisburg Square.

Based on Condos & Single Family listings 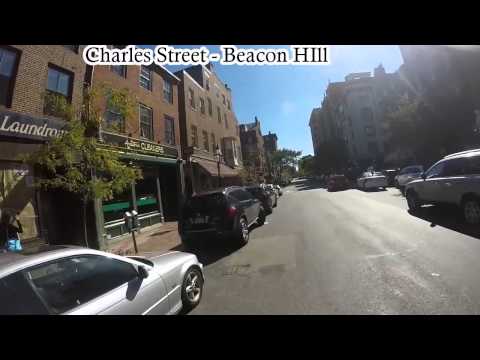